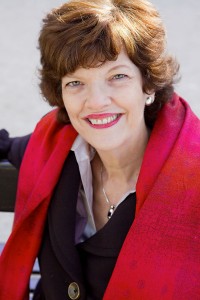 A French-American dual citizen, Harriet lives with husband Philippe in the trendy east of Paris in a garden apartment with a tiny lawn just big enough to mow and a fig tree that has miraculously defied both Paris weather and pollution.

In the picture Harriet is seated on a bench in another garden, Les Jardins du Palais-Royal, one of her favorite places in Paris.   Photo credit:   Jen Geer.

For a comprehensive look at life in France, visit Harriet and Philippe’s site:  www.understandfrance.org.

29 thoughts on “About Harriet”