After months of suspense, the French flocked to the polls yesterday to vote in the first round of the French presidential elections.

The result was surprising, even  “revolutionary”.   Neither of the winners came from the two major political parties, Les Républicains on the Right, and the Socialist Party on the Left. 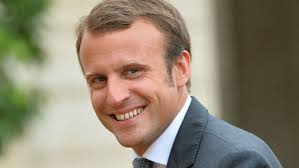 a former minister in the Socialist government who resigned to found his own party “En Marche”  (“Forward”) has never held an elective office. He was barely known yet only a year after founding his movement, he won the first round with 23.86%, garnering the support of voters from both sides of the political spectrum. 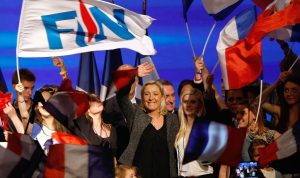 the leader of the nationalistic and xenophobic far right National Front who scored 21.43%, is an old hand at politics. Her father, Jean-Marie Le Pen, also came in second place in the first round of voting in the 2002 elections.

The surprise of the election was the fate of the candidates representing the major traditional parties.    Former Prime Minister François Fillon, the candidate for Les Républicains, came in third with 19.94%,  largely due to a financial scandal that brought him down.  The Socialist candidate, Benoit Hamon, who led a rebellion within his own Party which he felt was abandoning its leftist principles, took a beating with only 6.35 %, the lowest score that the Socialist Party has had since 1969.

Macron is young (39), intelligent and dynamic. He is pro-European. He wants to do complicated things like retaining France’s social protection while making it easier for people to start (or keep) businesses.  Many criticise him because he worked for the Banque Rothschild but in my opinion that’s an advantage. At least, unlike the great majority of French politicians who have never held a job outside politics, he has a knowledge of the real world.  A disadvantage is that no one knows how or with whom he will govern at this point.   Imagine an American election in which both the Democrats and Republicans are defeated!

Party leaders on both the right and left have called for supporters of losing candidates to bar the far right victory of Marine Le Pen by voting Macron.  Polls show Macron leading for the moment.  However, as Brexit and Trump have showed us, nothing is certain.

We are of course hoping the polls are right and are getting out the champagne to celebrate Macron’s victory and the greatly needed breath of fresh air and optimism he’ll bring to a dispirited France.