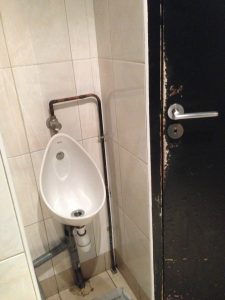 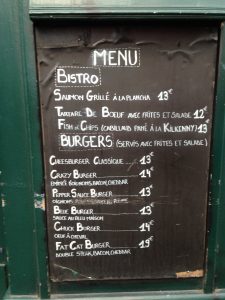 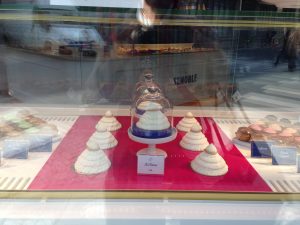 One of the most frequent questions I am asked by visiting tourists and student groups is:  “Has France changed?” and if so, “how?”

Since France is people by the French, it’s fairly obvious that you can’t address the question of whether France is changing without addressing the question of whether the French are changing. The late writer-diplomat Alain Peyrefitte in his book C’était de Gaulle quoted the general as saying that the French “have not changed since Julius Caesar described them.  Their strengths are bravery, generosity, unselfishness, impetuosity, curiosity, creativity, the gift they have to adjust to extreme situations. Their weaknesses are a clannic spirit, mutual intolerance, brusque anger, internecine quarrels, the jealousy they feel for the advantages that the others have.”

General de Gaulle is no longer here but I would venture to say that his description of the French character still holds true.  Yet, since his time, the world has become truly globalized – and many of the French have as well.

Many young French people now flock to London or the Silicon Valley or Sweden or Japan to pursue their studies and some even end up making their lives outside of France.  Others return to France. All speak very good English.  That was certainly not the case in de Gaulle’s time.

The American influence is all over Paris. Who ever would have thought the French would see food trucks on their streets? But they are there and everyone loves them.  In traditional boulangeries,  brownies comfortably nestle among the éclairs and millefeuilles.  In French restaurants you’ll have no problem ordering a hamburger (pronounced hahm bourg air) or cheeseburger (see picture above).

Some of the changes are welcome.   The French are no longer universally rude, although the stereotype of that famous trait continues relentlessly.  Just the other day, Pamela Druckerman wrote a column in The New York Times about taking French nationality. She remarked that a friend asked her “if she felt herself getting more and more rude.”  I think it’s a great laugh line but am a bit worried about her friend and all those people who remain convinced that the French are, above all other things, rude.  If you turned that comment around, it would be a bit like asking someone who had taken U.S. citizenship “if she felt herself getting fatter and fatter or louder and louder.”, Ouch.

So, obviously, for some people, the French are still rude, while others find them friendlier and friendlier.  It’s true, as I tell my students, that the French are sticklers for form and resent those who omit the proper ones. For example,  if you walk up to a Frenchman while in Paris and ask him directions in English and without even saying “Bonjour“, you can bet he’ll be rude.  In France, you preface requests and conversations with a “”Bonjour, Monsieur” or “Bonjour, Madame“.  It simply means that the person is worthy of of respect and a human being  (kind of our equivalent of “have a nice day”).

To continue the list of changes, the French brush their teeth more, wear deodorant more, are less rude, speak more English.  That’s the good side.  They also are packing on the pounds due to the change in their diet which comes from our American influence.  (Sorry).   French kids used to eat bread for breakfast, now they consumer sugary cereals.  Go to a grocery store and you’ll see a tremendous variety of snack foods and fizzy sugary soft drinks you never would have seen before.  You also see people eating sandwiches in the metro.

At the same time, and you might call this the French paradox, the interest in “bio” or organic foods has progressed by leaps and bounds and people are focusing more on vegetables and light food than heavy meat-based stews.  Still, when I see ads for industrial sugar products on the tube with the warning message under it admonishing us all  to “eat 5 fruits and vegetables a day” I see that the French have bought into the same mixed message we have in the States.  (But that, I fear, is  a worldwide phenomenon).

What remains that is really, really French?  Several times during the week, sometimes early in the morning, sometimes at mid-day,  I see groups of children, sometimes as young as 3 years old, walking, two by two, in an orderly line, accompanied by adults.  They are being taken to some activity, maybe the pool, maybe a film, maybe a museum.  When they get to that museum, they don’t move or talk while the guide explains a work of art to them.  That behavior has always fascinated me, as has the French childrens’ attitude to food.  They eat – or try – everything.  My grandchildren, from the time they could eat solids, have dug into (and dug) everything from smelly camembert and Roquefort to mussels.  Why? There’s no concept of “food for children” and “food for adults”.  It’s food for everyone! That’s one thing that I hope will NOT change in changing France.

I’ve some  photos to illustrate my various points.  One is of an urinoir or “pissoir”, which still, unbelievably, exists in some cafés.  They are going the way of the dodo – but not yet.  To me, it’s so macho because you have to make your way past the guy who’s peeing to get to the toilet for women.  Beurkh.  The other photo is of a sign in a café telling clients they are expected to renew their drinks order every two hours. This is aimed at all the people who remain in a café all day long sipping on one cup of coffee. Well, up until now that’s what people do in cafés!  Seems to be changing and that would be too bad for the number of cafés has already plummeted drastically and a lot of people like this writer depend on cafés not just for the drinks but for the conviviality.

But as I said, the French paradox reigns.  Some of the French may be snacking while others stick to the traditional two main meal a day scheme.  Some may feast on cheeseburgers and sandwiches while others prefer a good boeuf bourguignon.  When I mentioned to a traditional French grandmother that her grandchildren could, from time to time, eat a sandwich without it killing them, she looked at me with horreur:    “Mais ce n’est pas de la nourriture!” (But a sandwich isn’t food!”) she exclaimed.

So there you have it. France is changing but not for everyone and not all the time and not everywhere.  A complicated answer, perhaps, but the French are complicated.
And that, I assure you, will never change.