If you are lucky enough to own a condo in Paris or elsewhere in France, once a year you’ll be convoked to a general assembly of all the co-owners.   Accounts and all other matters concerning the property, such as upkeep and expenses, will be read out and discussed, supposedly in a reasonable manner.

Do you know the French word for nightmare?  It is “cauchemar” and an assemblée générale is truly a  cauchemar.

In  2002, we bought our first apartment in Paris after years of renting.   That’s a big step and we have found that  being an owner has been mostly a positive experience.   What’s not positive is attending the annual co-owners’ meetings which range from weird to horrific.

And edifying.   I thought, after years of living in France with a French husband, that I knew a lot about the French, from the way they talk to the way they think and act.  Hey, I even wrote 3 books on the subject!

But my first co-owners meeting was a revelation.  First of all, I learned that the French are NOT rational, as in Descartes (“I think, therefore I am”).  Good-bye to that little cliché:  In co-owners’ meetings, the French don’t seem to think at all and are as far from rational as you can get.   They grumble, interrupt each other and generally look irritated or glum.  No happy faces here!

They also do very odd things.  One co-owner, a former French ambassador, spent an entire 4 hour meeting reading the Bible out loud. This was not because he was religious, but because he wanted to obstruct the proceedings.

That, at least, was creative.  Most of the time people simply act like thugs.  Some of the  co-owners in the building we live in are so rude and aggressive that two syndics  (property management companies hired by the co-owners)  successively threw in the towel and refused to renew their contracts with us  (it’s usually the other way around). In other words, WE got fired!

Secondly, I learned that the French love to sue.  Oh, they rag me about the American propensity to go to court for things like sexual harassment or scalding coffee but they’re not far behind: French owners love to sue when unhappy.  They generally lose and since the entire building is involved in their lawsuit, guess who gets to pay the damages? All the other co-owners. No wonder everyone looks grumpy.

I’d like to say that what I have seen is the exception to the rule but everytime I tell the stories to French friends, they pull out their own tales, which are, unbelievably, even worse than mine.

The third thing I sadly learned is that while the French like to vaunt their savoir vivre and their ability to vivre ensemble, when it comes to their argent, it’s each to his own.

Years ago author Tim Parks wrote a book called Italian Neighbors. His neighbors were quirky and odd and funny, real characters, but people who at least on the page sound charming.

Of course Parks didn’t describe any meetings of co-owners.  It might be that when Italians (and other nationalities) find themselves in a room talking about spending money on a property they have in common, they are just as bad or  – heaven help us –  worse than the French. 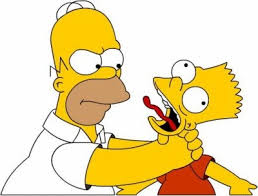