Of ice cubes, Cherry Coke and other French things

For quite some time I’ve been wanting to write and speak about changes in France and got a great opportunity to do so at the recent International Media Seminar in Paris where I have been invited to speak for the last few years on my favorite topic: the French.  The talk is about cultural differences and I always start by saying that though Americans may think that the French are pretty much like them, they are dead wrong.  The French, I say, are raised differently, have a different education, a different history, hold different values and have different behavior and different reactions.

That’s still true.  But this year I added a slide on “How France Has Changed”.  I did this because one day I started comparing the France I knew when I first arrived here in the late Sixties and the France I know now and realized that change has happened without my really noticing it.

When I arrived in France, grocery stores didn’t carry peanut butter, chocolate chips, hamburger buns (are you kidding? there were no hamburgers!) or Philadelphia cream cheese.  There were no Nachos and very few snack items because the French didn’t snack.

At the movies, there were no vending machines, no drinks and no popcorn. You went to the movie for the movie, not to eat.

In newspapers and magazines, you never saw a word of English.  Now it’s unusual to make it through any article without stumbling through a thicket of English expressions or words, sometimes horribly misused.  Or mispronounced:  French TV anchors talk about “low cost” flights but it comes out as “low coast”.    That’s ok – few Americans can get their tongues around  “ratatouille”.

For years, tourists complained that the French didn’t speak English, that they didn’t have air conditioning or ice cubes, that they weren’t friendly.  Well, not to worry now. The other day I was in a restaurant with my 5-year-old French granddaughter. She ordered a soft drink and the waiter brought her the bottle and a glass filled with ice cubes.  Her little face crumpled as she looked at me and said “but Nanie (her name for me), I don’t drink ice cubes”).  Of course she doesn’t – she’s French!  The French waiter, hearing my accent, assumed she was American so he brought out what Americans want.

That little incident showed a lot about cultural differences.  Tourists want “authentic” France but they also want the comforts they have back home. Therefore the “natives” give them what they want and slowly the country changes its tastes as well – which is why there is now a giant hamburger craze in France.

There are now food trucks in the streets of Paris and soon, doggie bags.  The French being French (still), restaurant owners have promised that if they do adopt this very unFrench custom, they will serve the remains in a beautiful “gourmet” box.

Let me see:  have I forgotten anything?  I have not yet seen graham crackers or Saltines or Root Beer in my local grocery store but am sure I will soon.

No wonder worried French top chefs and culinary experts worked so hard to get French cuisine and French food customs (ah, those long  and wonderful meals where no one wondered about gluten and talking about getting fat was forbidden) on the list of UNESCO’s cultural heritage protection list. 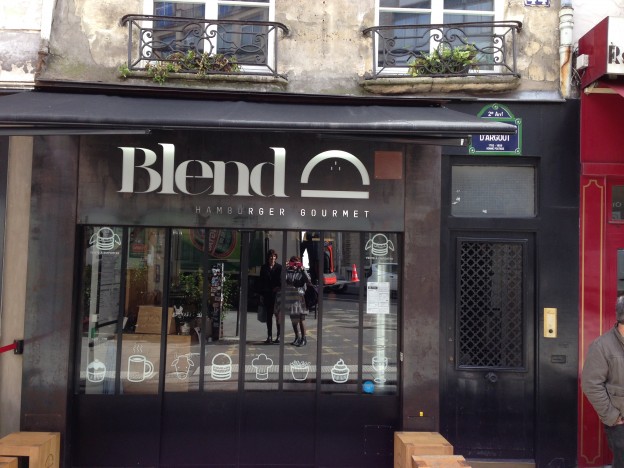 7 thoughts on “Of ice cubes, Cherry Coke and other French things”